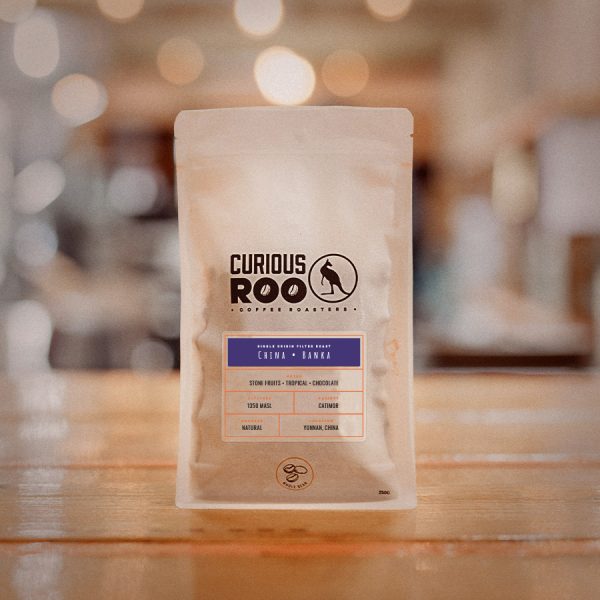 Banka farm and washing station is based in Menglian Dai, Lahu and Va Autonomous County, Yunnan and is named after the two nearby villages (Banka Yi and Banka Er) where the coffee cherry for these lots are grown and harvested.

The harvesters who bring cherries to Banka washing station are predominantly Lahu – an ethnic group that lives across China, Myanmar, Laos and Thailand.

Banka farm and washing station was originally developed by Mr. Hu, a native of Yunnan, who has been producing coffee in Menglian for almost 20 years. He was one of the first farmers to engage in large scale coffee production in the county, working in partnership with Nestle and the local government. Mr. Hu is held in high esteem within the local area, employing hundreds of harvesters from various ethnic groups across his farms each year.

In 2018, Yunnan Coffee Traders (YCT) took over the management of the Banka wet mill and a portion of the Banka farm, some 100 hectares of land, installing one of the region’s first optical sorters, experimenting with processing methods, such as yeast fermentation and growing new varieties such as Pacamara and Yellow Bourbon. Banka farm produces both the company’s volume washed specialty lots, much of which is sold to Australia, as well as natural and honey process micro lots.

For this season, YCT employed processing expert Joel Smith, who continues this commitment to innovation and increasing quality. Fresh from completing his Q processing course in Brazil last year, Joel has brought his expertise to oversee improvements at the farm and washing station which is reflected in improvements to the cup quality for both the washed and natural lots.