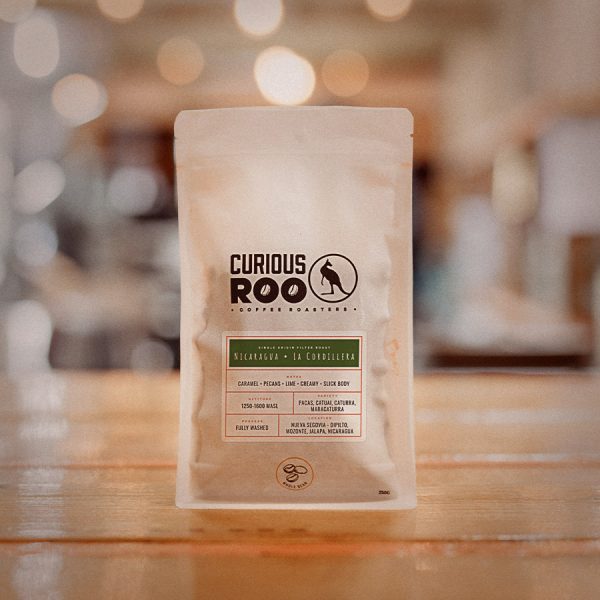 La Cordillera is produced by 15 small-scale coffee growers, settled in la Cordillera of Dipilto, a nature reserve with a wide biodiversity of flora and fauna, located very close to the border of Honduras. Within this mountain range, the highest peak in Nicaragua can be found, Cerro Mogoton, which reaches the grand height of 2106 MASL. Within this ecosystem, various water sources are born, they are the lifeblood of the flora and fauna of this region, a region that is also famous for its delicious coffee. In fact, it’s known as the capital of specialty coffee in Nicaragua. The region is also popular for the annual celebration of the Guadalupe Virgin feasts. The Virgin referred to is often called the Virgen de la Piedra, a large statue that looks down over the region from a sacred monument in Dipilto.

Dipilto has become a well-known specialty coffee area due to conditions created by the wide biodiversity, high elevations, fertile soils, and varying microclimates. Caravela Nicaragua began to work with the small-scale growers in this area in 2010. It wasn’t until end of 2013 when we decided to install a cupping lab in Ocotal in order to be closer to the producers and help them produce better quality coffees.