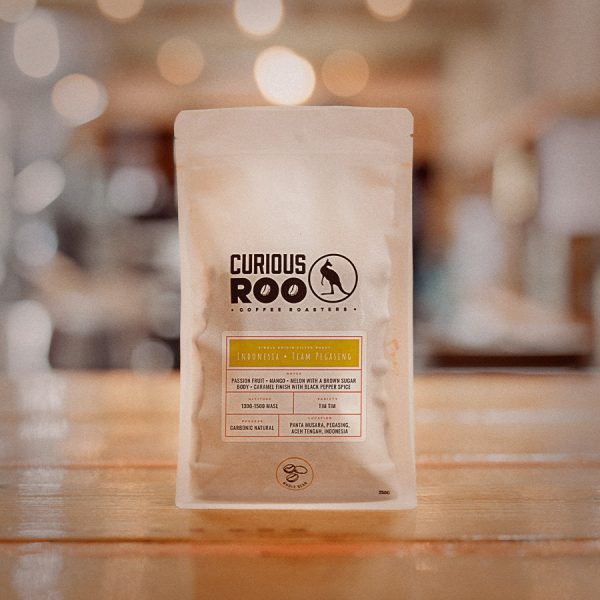 This washing station and farm belonging to Hendra and his family is an island of specialty experimental processed coffee in a sea of conventional wet hulled coffee the area is typically known for. Hendra’s father, Hamdan moved to the area in 2006 from Banda Aceh and then bought some land in the
sub district of Pegasing to start growing coffee. This move initiated a spark in his son Hendra who then started to work with his father in 2010 and soon began to start experimenting with washed coffees after researching old literature and seeking help from others in Indonesia who were moving away from the wet hulled processing and really highlighting the characteristics such coffees can have.
From this Hendra and the family have invested heavily in the farm but more specifically the post harvesting facilities where with some help of funding they have built a small wet will with two pulpers, gravitational washing channels and several raised beds in large polytunnels for drying the coffee. Hendra has continued to experiment and now has around 8 – 10 different processes that he produces. The small washing station will produce up to 40 tons of green coffee every year. The coffee is purchased from 70 farmers around the area who want to work with Hendra and pick ripe cherries as he has incentivised them to do this by rewarding good picking. If any farmers have travelled further to get to Hendra’s farm then they are paid extra
for this as well. Hendra has also started a nursery where he is helping to grow the Abyssinia varietal that was planted when coffee first came to Indonesia. He is working with local farmers to plant small plots on their land where he pays more for this varietal due to the reduced yield and higher cup quality.