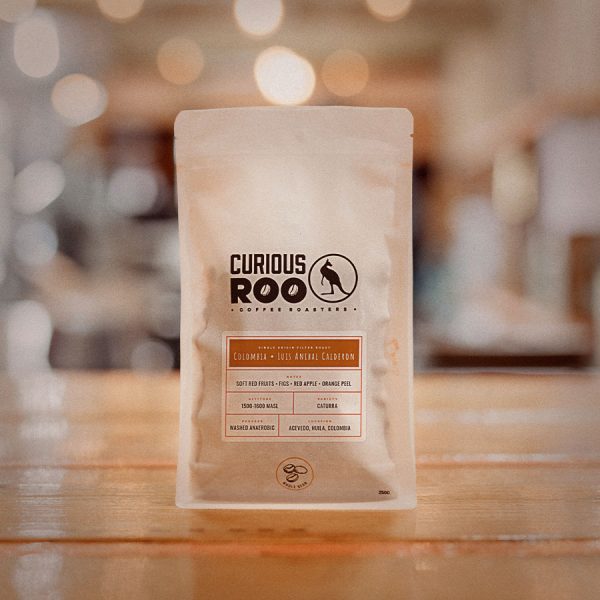 Luid Anibal is a second-generation coffee grower born in Acevedo, Huila. Luis Anibal started working in the coffee fields at the age of 12. When he turned 15, his father gifted him a small portion of land from which Luis Anibal was able to start saving some profits. Reflecting on his coffee history Anibal said “Back then everything was easier, I worked hard for six years and was able to purchase my first coffee farm.” At age 30 Luis Anibal got married and started having children. At 40, Luis Anibal owned a 20 hectare Villa Betulia, when he decided he wanted to buy the neighboring property. Since he was used to coffee being a solid, profitable business. Luis Anibal asked Bancolombia -the local bank- for a large loan to enable him to purchase the second farm. Unfortunately the C-price began to drop for the next two years and Anibal wasn’t making any profit, so he had to sell the farm he had dreamed about to pay back a measly 40% of the loan.

In 2011 Luis Anibal was at risk of losing his remaining farm to the bank and needed to improve his financial situation. Which led him to his town’s Specialty Coffee Association; Primaveral. They paid 15% above the C-market price, which is not enough to reward the effort needed to produce specialty coffee. In 2012 Luis Anibal planted 5000 Gesha trees. After waiting an arduous three years for the plants to begin bearing fruit, in 2015 his financial situation began to improve. Despite only 5% being planted with Gesha and the rest of his farm was Castillo and Caturra. After the success of the Gesha, Luis Anibal decided to change his whole farm into exotic coffee varieties in 2015.
In early 2016 Luis Anibal met Felipe, one of the founders of Cofinet. The instant Felipe tried Luis Anibal’s coffees he was hooked. Continuously purchasing his microlots of Castillo, Caturra and Gesha. In 2018 with the help of Cofinet, Luis Anibal had improved his processing techniques making it possible for Cofinet to commit to every single lot of specialty coffee that he produced. In the same year, Luis Anibal was finally able to pay back the rest of the outstanding loan, which had haunted him since 2012.

In 2019, Luis Anibal, under the guidance of Cofinet began planting native trees amongst his coffee trees to reduce the need for fertilizers, preserve his soil and improve his cup quality. In addition to the 2000 Yellow Bourbons, 9000 Pink Bourbons, 2000 Geshas and 1000 Tabis that were also planted this year. Luis Anibal is now 55, and lives with his wife and three sons, Sneider, Aldemar and Arley.